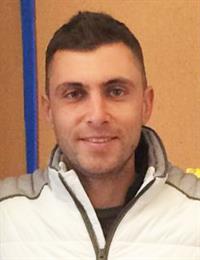 Originally from the Ukraine where he was a member of the Ukrainian Davis Cup Team, Anton moved to the United States in 2011 to play tennis on a full scholarship at Oklahoma State University. 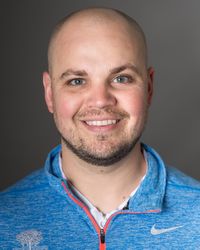 Kyle is a racquet sports enthusiast. He has been around the tennis industry for his entire life and has 20 years of teaching experience. Kyle is certified by the USPTA, PPTA, PPTR & PTR. Upon his desire to want to serve the members, Kyle took interest in bringing Pickleball to Brooklawn during the Spring, Summer and Fall months in 2020. His goals as a Racquet Sports Professional is to teach in a fun and low pressured environment all while having the opportunity to learn a sport that can be played for a lifetime.

Growing up in New Jersey, Kyle has played tennis at the Highest level of the country by playing in National Tournaments and competed for the Zonal team which consisted of the top 10 players in his section of the country. Kyle has previously held the Director of Tennis position at Fairfield Tennis and General Managers position at Trumbull Racquet Club before committing to a year round position here at Brooklawn. He has also traveled worldwide with a player to compete in ITF Tournaments, worked at Intensity in Norwalk, and was the 10 and Under Program Manager at Bucks County Racquet Club in PA. This is Kyle’s 7th year at Brooklawn. 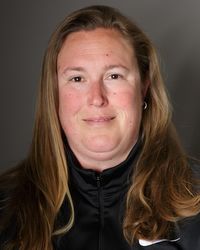 A USPTA certified teaching professional, Carrie has taught, designed and run programs for all playing levels in the tri-state area for the past 27 years. She grew up in southern Connecticut and competed throughout New England as a ranked junior. Carrie attended Cortland State University where she studied Physical Education. In addition to teaching tennis, she continues to enjoy competing in USTA league play. 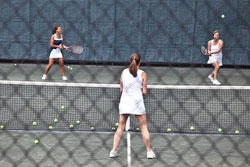 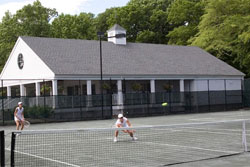