Hole #6 - Elbow
The tee shot at the par four sixth plays uphill and needs to be thoughtfully positioned, as the hole swings gradually but increasingly to the left before culminating at a narrow, sloping and very tightly bunkered green. Drives left or right are treated with equal disdain, as trees await on both sides. Any second shot plays to a green that is slightly uphill from the fairway and a putting surface that has a severe back-to-front slope. The entrance pinched by a bunker front left and a large one running the length of the green on the right. A third bunker menaces to the left rear. Historically, some of Brooklawn’s better golfers intentionally left their second shot short of the green and depended on a chip to save par—just to avoid those bunkers. 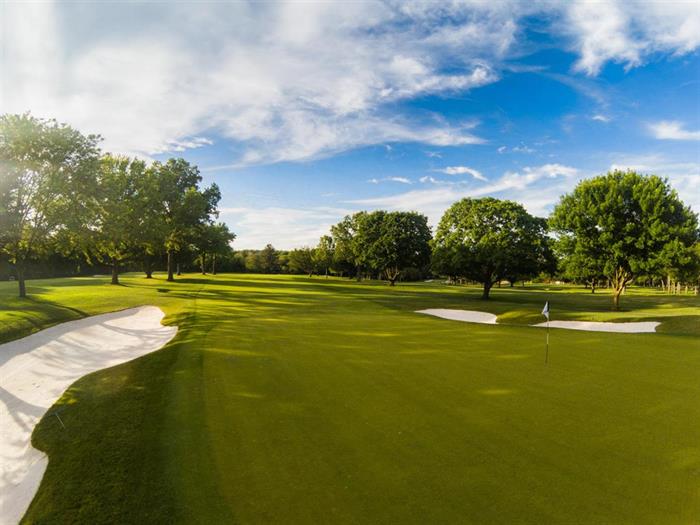