From a strenuous four-par, the mood at five shifts dramatically to a downhill par three measuring 195 yards on the card, but playing shorter. Boatwright pointed out that club selection is the ticket to the fifth green. That selection – correctly made and followed by sound application of club to ball – should position the contestant for a bird. Although flanked by bunkers, the green is not as elevated as many at Brooklawn – except in the back, where a steep bank falls off to a large bunker. This characteristic of five illustrates an observation Boatwright made about Brooklawn in general: where you miss the green counts. From certain positions, recovery borders on sorcery. 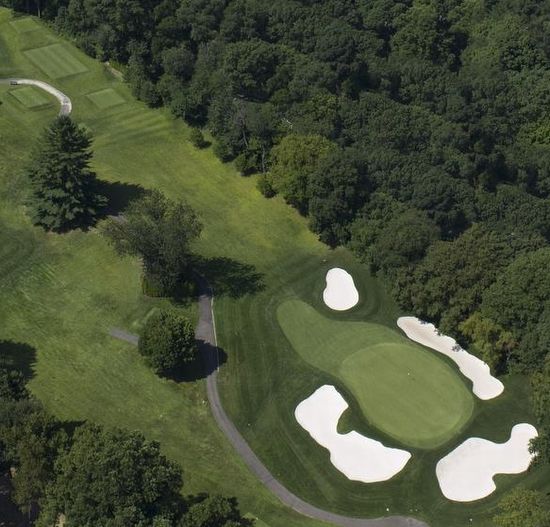