Hole #2 - Knight
The golfer, relieved at having navigated the first, promptly encounters the second of Brooklawn’s strong opening holes at this 210-yard par three. The green itself is relatively flat by Tillinghast standards and is one of the largest on the course. But another example of Tillinghast’s defensive tactics is encountered for the first time at number two: a green that runs slightly front to back, making distance control paramount to keep the ball from running through the green.  A cross bunker is well short of the green and will catch any poorly struck shots. 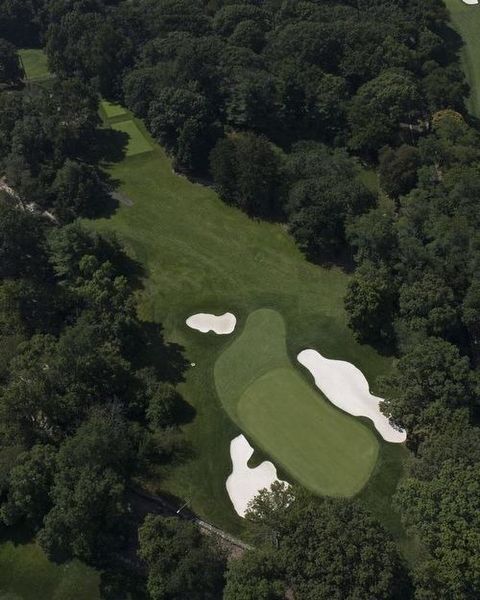