Championships
We are proud to be hosting the 2020 U.S. Senior Women's Open!

Past Championships at Brooklawn

1974 U.S. Junior Amateur
David Nevatt defeated Mark Tinder, 4 and 3, in the finals. In this Championship, Chip Beck earned the qualifying medal with a one-under-par total of 143. On his way to the final match, Nevatt defeated Bill Loeffler of Englewood, Colorado, 2 and 1, in the semifinal round. Loeffler would go on to become the 1986 U.S. Mid-Amateur champion.

1979 U.S. Women's Open
Jerilyn Britz crafted a final-round 69 to earn a two-stroke victory over Debbie Massey and Sandra Palmer. Her total of 284 tied the Women's Open scoring record set by Louise Suggs in 1952. 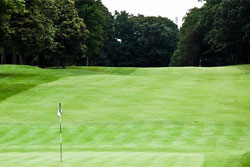 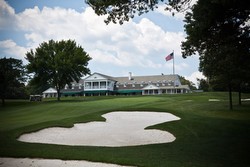