The Club has a strong tradition of giving back to the game through our hosting of local and state championships such as the Connecticut Open and has been the site of numerous amateur and professional championships including the 1974 USGA Junior Championship, the 1979 U.S. Women’s Open, the 1987 U.S. Senior Open, the 2003 USGA Girls Championship, and next year, we are proud to be hosting the 2020 U.S. Senior Women's Open!

Brooklawn was one of the first dozen or so clubs to join the United States Golf Association in 1896. The original golf course was a nine-hole layout on what was then rolling farmland. The course was expanded to eighteen holes in 1911. Almost 20 years later, A. W. Tillinghast, one of history’s premier golf architects who also designed, among others, the courses at Winged Foot Golf Club, Baltusrol Golf Club, Bethpage State Park and Quaker Ridge Golf Club, redesigned the course into its present form. Over the years, very thoughtful changes have been made with the guidance of course architect, Ron Forse, who specializes in Tillinghast designs. The intent has been to assure that we maintain the integrity of what Tillinghast built, but to also recognize that the modern game is different and certain adaptations are necessary.

Did you know? In 1918, the legendary Gene Sarazen began his golf career at Brooklawn as an apprentice club-maker. His accomplishments included the invention of the Sand Wedge, and he was the first golfer to win all four of golf’s Grand Slam events - the Masters, the US Open, the British Open and the PGA Championship. Brooklawn has produced a number of championship golfers including Georgianna Bishop, who won the Women’s National Amateur at the Merion Golf Club in 1904 and later the Connecticut State Women’s Amateur four times between 1920 and 1927.

Brooklawn's golf course always has provided and always will provide a challenge for all levels of play with the biggest challenge being our sloping greens. “Keep the ball below the hole” is a common recommendation. Sloping putts are the rule, not the exception and it is not unusual to play two or three feet of break on a 30-foot putt. A good lag putter, who can read the greens, is always favored as a partner.

Off the tee, accuracy is more important than distance. Many holes allow the player to run the ball onto the green because there are no bunkers in front to go over, and it makes the course fair for higher handicap players. If one misses the fairway, more often than not, this will demand hitting a fade or a draw on the next shot in order to avoid a greenside bunker or to put the ball favorably back in play.

Brooklawn Country Club entered this century with a wonderful heritage to build upon. We have a strong family culture, great staff and a group of highly committed volunteer members who continue to build upon the fine facilities and traditions that make Brooklawn such a special place. 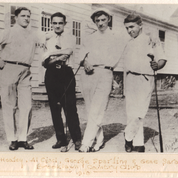 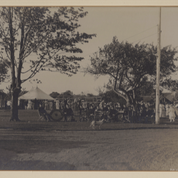 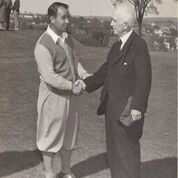 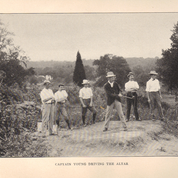