Brooklawn Country Club:
Drawing on the Past, Living into the Present, Building for the Future

Golf and tennis plus a range of recreational activities, an active social life, a place for families and friends. What was true of Brooklawn Country Club at the close of the 19th century is true of the club today. It’s the same … but evolved for the 21st century. A 9-hole course designed by members is now one of the finest courses in Connecticut; three dirt tennis courts are a now seven-court tennis center; where no pool existed is a swimming and recreational complex; a farmhouse that once served as the clubhouse is today’s 50,000-square-foot center of club social life. Yet members are here today for the same reasons they were well over a century ago: to recreate, relax, enjoy themselves, share experiences with family and friends.

The year was 1895. Bridgeport was not only the beating heart of industry in Connecticut, but also one of the great cities of New England and the entire United States. Bankers, entrepreneurs and merchants energized the city. The establishment of business clubs, yacht clubs and country clubs was on the horizon. After all, the wealthy wanted places where they could relax, have fun and enjoy the fruits of their labor.

In that environment, the power and commerce elite of Bridgeport began to discuss the formation and structure of a new club where they could bring their families for the enjoyment of various athletic and social activities. The group was led by Dr. I. DeVerWarner, one of the Bridgeport’s most powerful businessmen. In May of 1895, Brooklawn Country Club was founded, officially incorporated as the Brooklawn Club Corporation.

At about the same time, Clapp Spooner, a wealthy business owner himself, had the idea of fine homes in a planned community on the outskirts of Bridgeport. Over the years, he acquired farms and other land and eventually his dream came alive when he assembled a large and impressive tract that he named “Brooklawn Park.” The newly formed Brooklawn Club Corporation signed a lease with Spooner for 60 acres and the use of a farmhouse and barn as its clubhouse facilities (sited where today’s 15th green is located). The catalyst practically ensuring the success of this venture in days well before automobiles were in common use was the extension of the trolley line down Brooklawn Avenue (now Stratfield Road) virtually to the front door of the clubhouse. Such was the beginning of Brooklawn Country Club.

At the time of the club’s founding, golf was a newly arrived import from the British isles and right away it became a central part of club life. Golf shared the spotlight with baseball, archery, tennis and trap shooting in those early years. Aquatics had a less than auspicious start at Brooklawn, as construction of a pool was approved by just a single vote in a referendum of members … and that wasn’t until 1932. Platform tennis debuted in the 1940s. Bowling goes back farther in time; the first two lanes date to 1897 and an era when pins were set by hand; that changed in the mid-1960s when the club installed what was considered “high tech”—automated pinspotters. Of course, social life has always been the hub of club activity, evidenced by the fact that just two decades after its founding Brooklawn built its present clubhouse, which the media promptly labeled “the showcase of Bridgeport.”

Brooklawn today continues to build for the future. A 17-bay maintenance facility for golf course and grounds equipment opened in 2019, and a complete renovation of the first floor of the clubhouse will be completed in the spring of 2022. Plans are also in the works for an expansion of the platform tennis center, and the Club continues to have an active membership, a sound financial structure and dedicated professionals leading the golf, tennis, platform tennis and swimming programs.

The timeline that follows highlights notable events and people in Brooklawn’s long history. There are many: legendary golfers like Gene Sarazen whose game was formed at Brooklawn; five United States Golf Association championships; and a golf course that bears the unmistakable hand of golden age architect Albert Warren Tillinghast. 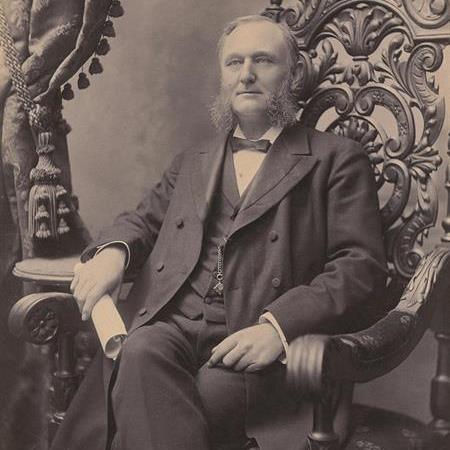 Brooklawn founded by Bridgeport industrialists and financiers led by Dr. I. DeVer Warner
–––
Club rents land with existing farmhouse for use as clubhouse
–––
Members lay out original 9-hole golf course 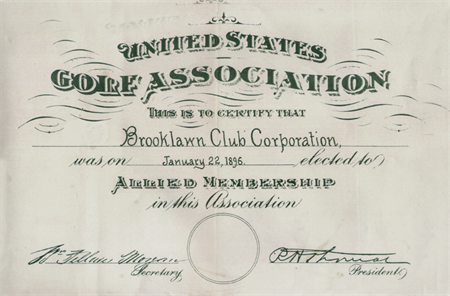 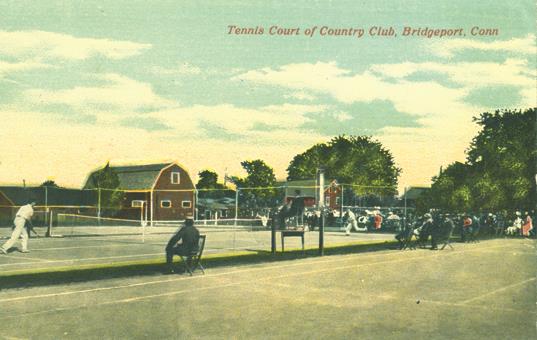 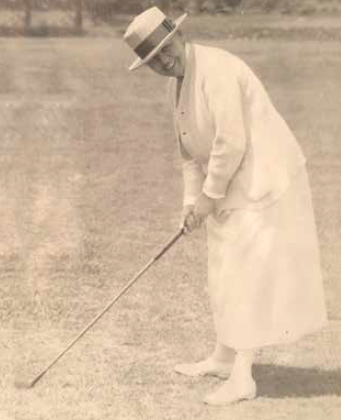 Club purchases land previously rented for the golf course, clubhouse and other structures as well as additional land now occupied by 17th and 18th holes and tennis center 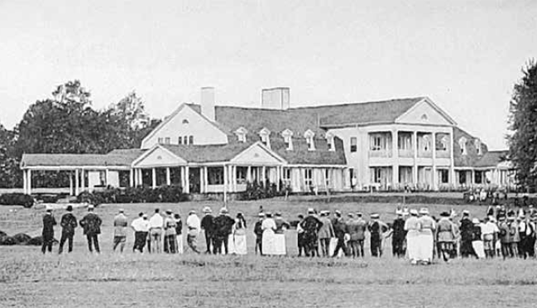 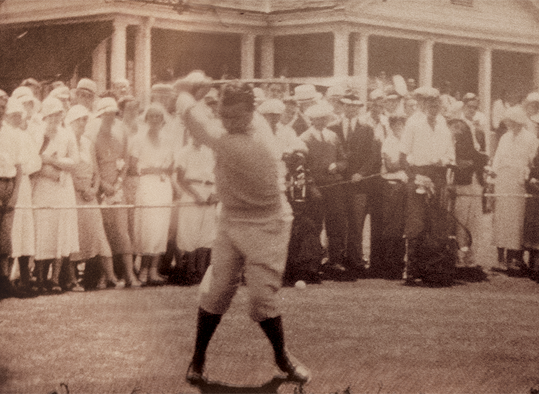 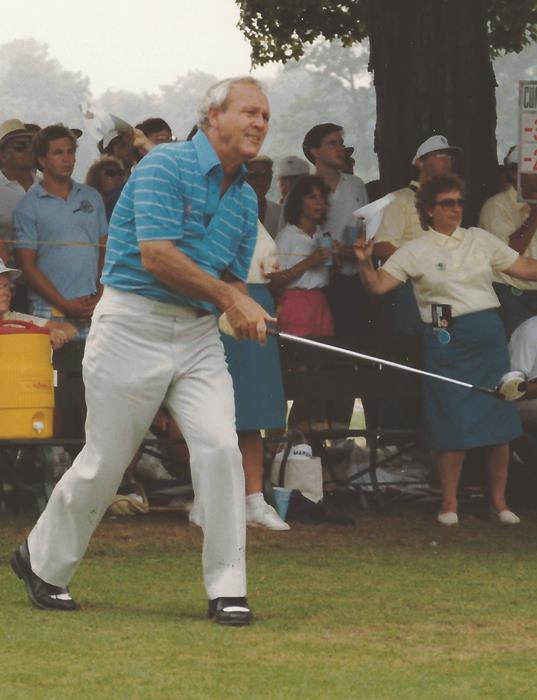 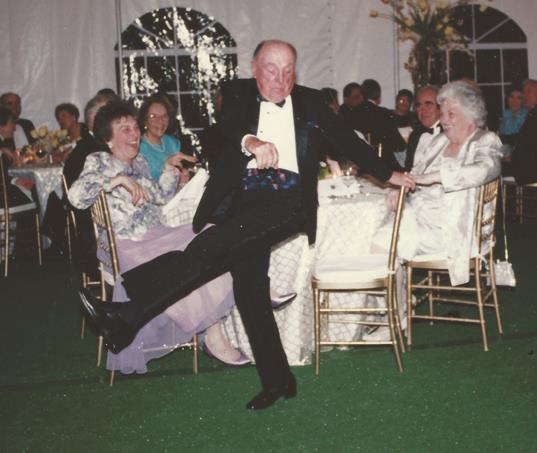 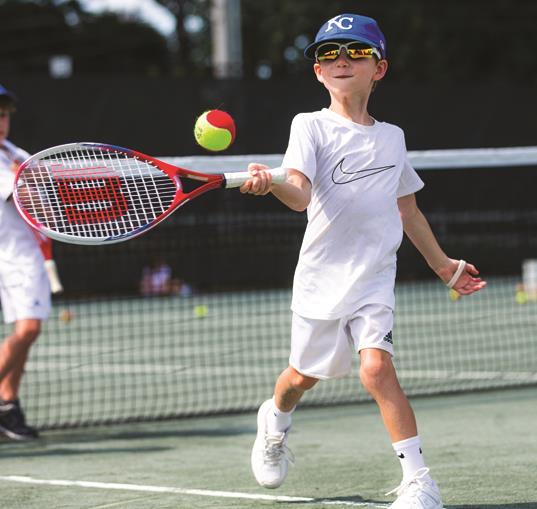 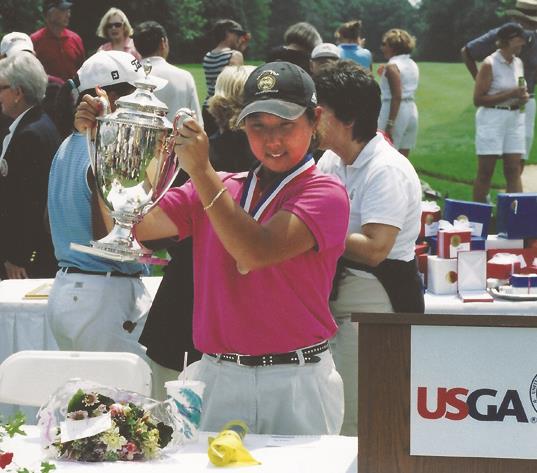 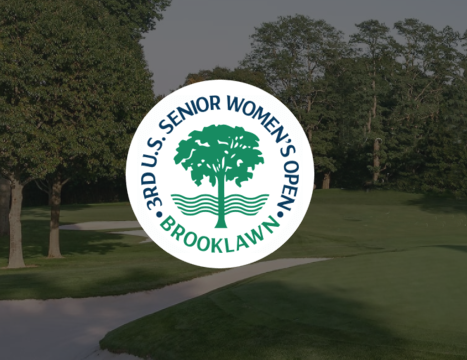